The universally famous fashion brand Louis Vuitton has invited the popular and well-known Cody Fern, who is an Australian actor. He was invited to share his opinion on fashion, and why it should not be defined by gender.

To properly get ready for the interview, Cody made sure to remove his Invisalign so that he doesn’t sound like Billy Eilish. Cody was invited to the Louis Vuitton show, and it is also the third show that was organized by Nikolai’s. However, Cody is here to pick the look for the show that will be held tonight.

Cody expresses his excitement to be a part of the show and one thing about Cody Fern is that he doesn’t normally talk about his looks. He also doesn’t like commenting on his looks for which he has kept it open for interpretation. However, in the past, people use to be pretty interested in how Cody used to get ready for this sort of thing.

Trying on clothes for the show 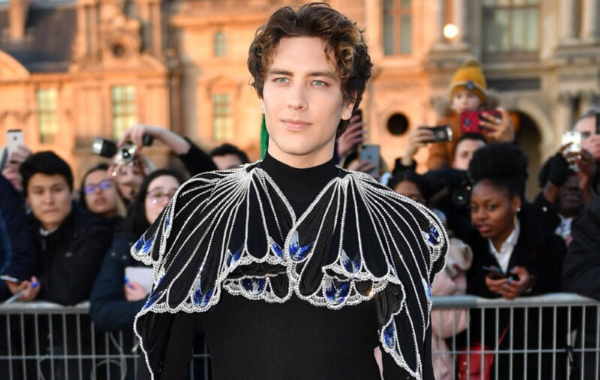 Cody was always quiet about that and be mysterious, but now he has planned to open the doors and invite everyone into his very own Insanity. While trying all the clothes he was provided he kept looking for the one that suited him for tonight’s show, it could be a mock neck or bare-chested, something that suits his taste. He appreciated the coat and praised the color, but it looks a bit casual, but Cody Fern continued to try all the clothes that were displayed in front of him.

He came across so many clothes, some were too short and tight for his broad shoulders, and there were some that he loved but he said it tells many stories. He came across many other styles that might fit his liking, and one of them made him feel more like Uma Thurman. The clothing was beautiful but it was not just the feeling, which Cody Fern is currently feeling at the moment as he wants something earthier.

This had been something that he was drawn to in the past and doesn’t communicate who he is right now. But Cody Fern was being very honest when he said that he loved the shoulders of the clothing along with the patterning and buttons. This is because, it doesn’t make him hungry to express something and he is looking for something much edgier and darker, which will match with Cody’s taste.

He set an example of not defining fashion by gender, by wearing a jacket that is meant for women. He is trying to convey through his actions and telling the entire world that men and women are equal in the world of fashion. Cody expressed his thoughts by saying he wanted to do something new, clean and it is completely grounded. However, Cody Fern finally decided on what he wishes to wear at the show. 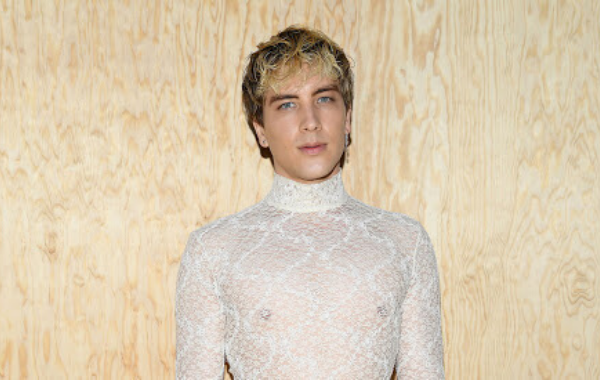 Once Cody Fern was ready with the clothing he wanted to wear, with a bit of make-up that will make him glow, he was all ready to make a grand entry on tonight’s show. Cody expressed his nervousness and excitement all together, and he was also happy that he just passed by the Eiffel Tower. It is his second time at the Eiffel Tower and it’s pretty cool and symbolic to France.

After driving for a bit more Cody finally arrives at the show, and he was greeted by thousands of cameras snapping pictures of him. Cody feels that he wants to understand himself and the moment as well. Therefore, for those individuals who understand what Cody is doing, maybe also going through the same thing, which is pretty exciting according to him.

Cody said he was trying to tell a story, but that doesn’t mean it’s about something like gender-bending. However, Cody Fern is trying to do it in his way and he will not be limited by someone else’s interpretation of the gender of particular clothing, which appears to be silly. Once Cody was sitting with the rest of the crowd and many heavyweights of the fashion world when the ultimate show in Paris took place.

Once the show started the models did their duty by walking the ramp wearing beautiful, unique, and eye-catching sets of clothing paired with accessories. Cody was simply sitting with the rest of the VIPs and kept enjoying the show that went on. He was happy and excited to watch so many different clothes worn by various models, and the make-up along with the accessories was too good to be true.

See also  Creepiness Alert: 7 Creepiest Things In The US That Will Redefine The Word "Creepy"

The beautiful music played in the background, along with another set of models who represented each of the countries, blended uniquely with the fashion show. Cody’s expression was filled with fun and amazement as each of the models came into his view. Each of the models expressed their beauty, elegance, and sophistication through the clothing they were wearing, and it was something you cannot take your eyes off as well.

When the show was ending, each of the models walked the ramp in a straight line and their efforts were appreciated by claps and a standing ovation. Cody was seen enjoying himself as well and after the show ended Cody went backstage to greet the designer who made everything happen. He greeted him and probably thought of having a little chat as well.

Cody was interviewed after the show as well, where he said the show was spectacular and his breath was taken away by the orchestra and he took his time to focus on the clothes. The clothes, towards him, were pretty refined and beautiful and he also pointed out that there were many jumpsuits as well. 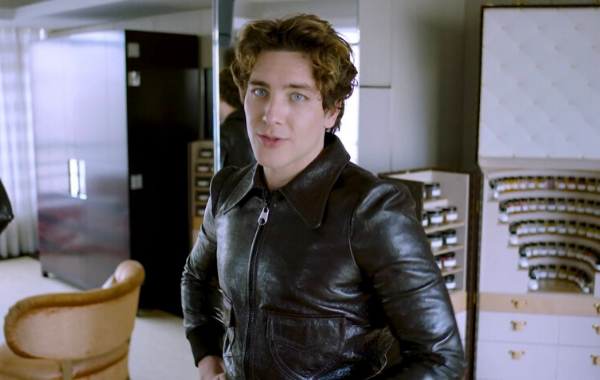 Cody was pretty was delighted and was satisfied with how the show ended, but he proved one point about fashion that all clothes are the same for men and women. All the clothes he encountered were gender-neutral, and he loved everything about the show that he was invited to.

Does Britney Spears Still Need Her Father as Her Conservator?

What to Do When the Power Goes Out in Your House