The whole world is in a state of panic due to coronavirus outbreak. A lot of people are suffering from the virus, while others are trying to remain safe by maintaining social distance. Most of the nations have declared lockdowns due to the virus. This has made people stay at their homes for the longest time. Because of this, online platforms such as Netflix, are proven to be the only rescue for people. And Netflix did not stand back from giving out some great content for people to watch in this free time. An example of this is the new docuseries by Netflix, named ‘Tiger King’.

Tiger King: Murder, Mayhem, and Madness is a documentary series that is based on the life of Joe Exotic, a zookeeper. The miniseries falls under the true crime genre. It became one of the most popular original programs on Netflix, soon after its release.

Story of the Tiger King

The story of the series is focused on ‘not so popular’ big cat conservationist society that is deeply interconnected. It also explores the collectors of America and the sanctuaries and private zoos that they have set up for the deadly and unusual pets. The major emphasis of the series is on the Greater Wynnewood Exotic Animal Park’s flamboyant owner, Joe Exotic and his hatred with Big Cat Rescue’s owner, Carole Baskin. 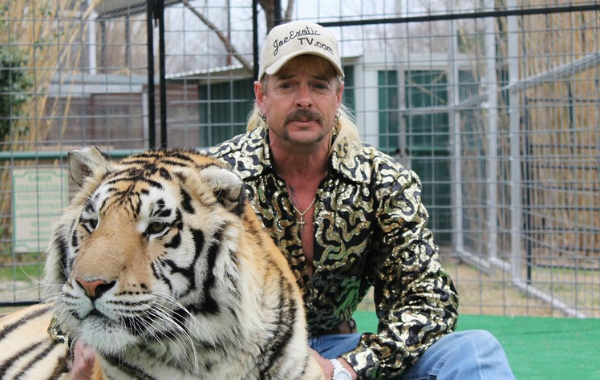 In Tiger King, Baskin puts an allegation on Exotic, saying that he abuses the big cats. She supported his statement by pointing out the condition of Exotic’s animals and zoo, his breeding programs and the charges that he demands from the visitors to let them pet the tiger or lion cubs. Exotic did not keep quiet too, he puts an allegation on Baskin that her Florida rescue’s condition is even worse. He also says that Baskin’s campaign is hypocritical and it is only focused on harassing him.

Exotic further adds that Baskin has encouraged PETA to keep track of his movements and she also bothers his potential clients, which damages his income source. He also mentions how Baskin’s second husband, Don Lewis, disappeared and that she could be involved in the case. Their rivalry is old and they have also faced a lawsuit, that Baskin won and Exotic had to give her a sum of $1 million. After this, he suffered from severe losses, which ultimately led him to hire someone to kill Baskin. Because of that, he was arrested by the police and later convicted in the court.

Little more about the characters

As mentioned above, the story mainly focuses on Joe Exotic and Carole Baskin. Here are some more details about these two people.

Joe’s full name is Joseph Schreibvogel and he was born in 1963. He first owned a pet shop in Texas along with his brother, as they shared their love for animals. His brother died in a car accident in 1997. After that, Joe bought a ranch in Wynnewood. Later, he turned the ranch into a zoo and dedicated it to the memory of his brother.

Joe then started acquiring exotic animals for his zoo and because of them, the zoo became popular and so did Joe. And as these exotic animals included tigers, Joe came in the eyes of animal rights activists.

Carole Baskin had a love for cats since her childhood, which made her the founder and CEO of a sanctuary in Tampa, Baskins. This sanctuary is non-profit and is made for the exotic cats. She did not have an easy life. Don Lewis, Baskin’s then-husband, helped her in opening this sanctuary. Lewis was a millionaire and he mysteriously disappeared in the year 1997. His daughters, with one of his previous wives, put allegations on Baskin that she killed Lewis and fed him to the tigers of her sanctuary. To which Baskin denied and said that she had nothing to do in Lewis’s disappearance.

Baskin does not breed these exotic cats like Joe. She just provides them with a shelter so that they can live in peace. She is now married to Howard, who helps her in running her sanctuary. She is also an animal rights activists and that is the reason why she was worried about the exotic cats that were bred by Joe.

Pointing out the issues

This doubt leaving story is the reason why people are absolutely loving Tiger King. In no time, it became one of the most-watched original shows in Netflix’s history. Also, the storytelling of the show is seen to be pretty amazing. But the only point that remains out of the focus, is why nobody is doing anything about this exploitation of animals. Neither the reason for their popularity in the rural south is mentioned.

READ  12 Bizarre Shoes That Will Shock You

The story of Tiger King also missed some points like what are the current animal laws that can be used to protect these big cats. So the problem is that the docuseries does not focus much on the exploitation of animals, it rather focuses on the drama of the fight between Exotic and Baskin.

Even though the series missed out on the point of animal exploitation from their focus, still the point has got people’s attention. More and more people are reaching out to look after the problem. Carolina Tiger Rescue’s communications director has also mentioned that Tiger King has given them a chance to focus on the problem rather than just enjoying the story.

39 tigers were rescued from Exotic’s zoo, by a ‘The Wild Animal Sanctuary, Colorado’ worker. He has also shown some pictures in which the big cats look more healthy and happier than they were at Joe Exotic’s zoo. Many of the other officials also wish that the viewers don’t end up getting lost in the drama story so much, that they forget the point of animal exploitation that is mentioned in the series.

So if someone is planning to watch Tiger King in their quarantine time, they should definitely watch the series and remember to focus on the details that depict animal abuse. 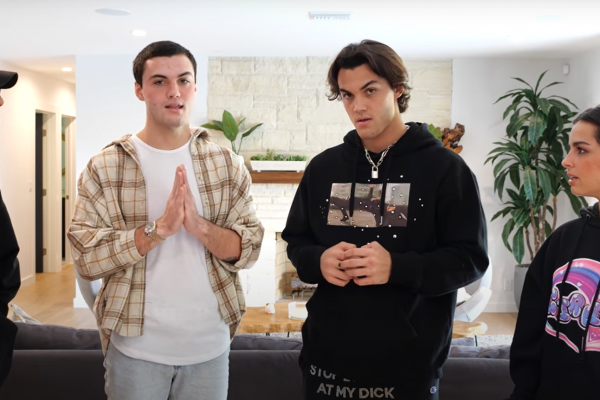 DaBaby’s Shocking Proposal to B. Simone Has Everybody Fueling Romance Rumors

In today’s rival marketplace, having a competitive advantage is the only way to stand out from the crowd. Without a...